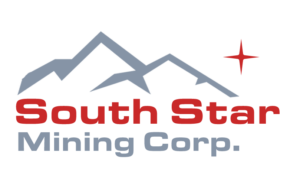 The Company is very pleased to announce the appointments of Brazil-based, Mr. Felipe Holzhacker Alves and Mr. Richard Pearce as incoming Directors of South Star Mining and Managing Directors of Brasil Grafite S.A. Mr. Alves is a professional mining engineer with a Master’s degree in Political Economy of Resources from the Colorado School of Mines. He is a Brazilian native who combines international capital markets experience with an extensive local network of governmental and regulatory agencies, resource financiers and technical, legal and tax consulting services. Mr. Alves is the Founder/CEO of Frontera Minerals Group, a Brazil-focused exploration and project development company. He previously held various roles at Rand Merchant Bank, where he was mainly responsible for Latin American Investments. His technical experience includes roles at open pit and underground mines. He is the President of CBRR (Brazilian Commission for Resources and Reserves), Brazil’s equivalent to NI 43-101/CIM in Canada. Mr. Pearce is also an Engineer, Economist and is the Founding Principal of Brasil Insight Capital and Frontera Minerals Group. He has over 20 years of experience in planning and managing complex operations throughout the Americas. Mr. Pearce has a wide range of consulting and advisory experience including technical services, operations, project and asset development, business administration and incorporation services, deal origination, M&A advisory, market and benchmark studies, valuation services, corporate advisory services and risk assessment. Based out of Belo Horizonte, Brazil Mr. Pearce is a native English speaker and fluent in Portuguese and Spanish. He is also a Qualified Person (QP) as defined by NI 43-101.

Company CEO Eric Allison stated “We are pleased to close this acquisition and the financing that will provide the Company with the necessary funds to advance our Santa Cruz Graphite Project toward a feasibility study. A number of activities will get underway in the coming weeks including drilling, engineering, metallurgical studies, permitting and marketing that will assist us in more fully unlocking the significant potential of Santa Cruz. We are extremely pleased to add Felipe and Richard to our team. Their substantial knowledge and experience in project development, particularly in Brazil, will be invaluable as the Company moves the Santa Cruz project toward production. The demand for graphite is expected to increase substantially in the coming years driven by the forecast global growth in electric vehicles and the lithium ion batteries needed to power them. South Star intends to be a significant player in this growth market.”

The escrow release conditions for the Brokered Placement, including satisfaction of all conditions to the acquisition of the Santa Cruz Graphite Project, receipt of TSXV approval for the acquisition and the Offering and the acquisition of all outstanding shares of Brasil Grafite S.A. by Brazil Graphite Corp., have now been satisfied. As a result, escrowed proceeds of the Brokered Placement have been released to the Company and each Subscription Receipt has now been automatically converted, without any further action by the holder of such Subscription Receipt, and for no additional consideration, into one unit of the Company, each unit consisting of one common share and one warrant. Each non-brokered unit also consists of one common share of the Company and one common share purchase warrant. The warrants issued under the Offering entitle the holder thereof to purchase one common share of the Company for a period of 24 months from the date of issuance at a price of C$0.75 per common share.

The Company paid a cash commission to the Agents for the Brokered Placement of $293,657.43, and issued 698,433 compensation options to the Agents (the “Compensation Options”) with each Compensation Option entitling the holder to acquire one unit at the offering price of $0.45 until May 15, 2020. Each unit will consist of one share and one warrant, each warrant entitling the holder thereof to purchase one common share of the Company at a price of $0.75 per common share within 24 months of the date of issuance of the units. No commissions were paid for the non-brokered placement.

Certain insiders of the Company participated in the Brokered Placement and contributed aggregate proceeds of $635,000. The participation of the insiders is considered to be a “related party transaction” pursuant to Multilateral Instrument 61-101 Protection of Minority Security Holders in Special Transaction (“MI 61-101”). The Company determined that exemptions from the formal valuation and minority shareholder approval requirements of MI 61-101 were available for the related party transaction pursuant to Section 5.5(a) and Section 5.7(1)(a) of MI 61-101 on the basis that the fair market value of the transaction involving insiders was not more than 25% of the Company’s market capitalization.

ABOUT SOUTH STAR MINING CORP.
South Star Mining Corp. is focused on the acquisition and development of near-term mine production projects in Brazil to maximize shareholder value. To learn more, please visit the Company website at www.southstarmining.com.

On behalf of the Board,

Investors are cautioned that, except as disclosed in the Company’s news releases, any information released or received with respect to the Transaction may not be accurate or complete and should not be relied upon. Trading in the securities of the Company should be considered highly speculative.

Neither the TSXV nor its Regulation Services Provider has in any way passed upon the merits of the proposed Transaction and associated transactions and neither of the foregoing entities has in any way approved or disapproved of the contents of this press release.

This news release contains “forward-looking information” within the meaning of applicable securities laws. Generally, any statements that are not historical facts may contain forward-looking information, and forward-looking information can be identified by the use of forward-looking terminology such as “plans”, “expects” or “does not expect”, “is expected”, “budget”, “scheduled”, “estimates”, “forecasts”, “intends”, “anticipates” or “does not anticipate”, or “believes”, or variations of such words and phrases or indicates that certain actions, events or results “may”, “could”, “would”, “might” or “will be” taken, “occur” or “be achieved”. Although the Company believes in light of the experience of its officers and directors, current conditions and expected future developments and other factors that have been considered appropriate, that the expectations reflected in this forward-looking information are reasonable, undue reliance should not be placed on them because the Company can give no assurance that they will prove to be correct. Readers are cautioned to not place undue reliance on forward-looking information. Actual results and developments may differ materially from those contemplated by these statements. The statements in this press release are made as of the date of this release and the Company undertakes no obligation to comment on analyses, expectations or statements made by third-parties in respect of the Company, Brasil Graphite their securities, or their respective financial or operating results (as applicable).

South Star Mining Corp. (STS – TSX Venture Exchange) (OTCQB: STSBF) is focused on the acquisition and development of near-term mine production projects in the Brazil to maximize shareholder value.  The company is currently developing the Santa Cruz Graphite Project in the Bahia State, Brazil.